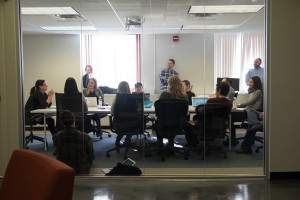 One of the two new AI features is called Shift Prep, and it uses machine learning to predict how many customers a restaurant will have based on a number of factors, including historical sales data for certain days of the week and whether or not it’s a holiday. It will even take weather into account to predict how many seats will be filled in addition to the reservations already made.  Using this information, Davis said, restaurants will be able to better prepare for any particular day, whether it’s adjusting staff numbers and other factors.

The other AI feature is called Menu Intelligence, and it builds upon Upserve’s previous capability of aggregating restaurant reviews by honing in on what customers are saying about particular menu items. The new feature, which uses natural language processing, lets restaurants line up the sentiment scores of every menu item with their sales data, so that restaurants can make better decisions of how to tweak their menus and make more money.

Davis said Upserve, which has a Boston office, has thousands of restaurant customers in all 50 U.S. states, though he did not provide a specific number. With a transaction-processing run rate of more than $7 billion, he said he’s excited by the growth the company has seen so far, and that he expects the company to double its number of customers this year.